This dreamy, creamy alfredo is vegan and made from veggies! I’m always skeptical of cauliflower based things because cauliflower tends to keep it’s pungent taste in most things, but I was really surprised how mild this alfredo was. You would never know it was cauliflower based! It’s also lower in fat than most creamy vegan sauces because there’s no oil in the recipe and uses almond milk instead for the creaminess. You only need a few ingredients to make this decadent meal and it’s so delicious! I would cut the sauce recipe in half because it made way too much sauce for the pasta ratio and I didn’t even use it all. You just cook the cauliflower, blend up the sauce, cook the pasta, saute the veggies, toss it all together and you’ve got a guilt free alfredo that everyone will love. I didn’t change much about the recipe above except omitting the oil,  but this is how I’ll make it next time.

juice of half a lemon

salt and pepper to taste 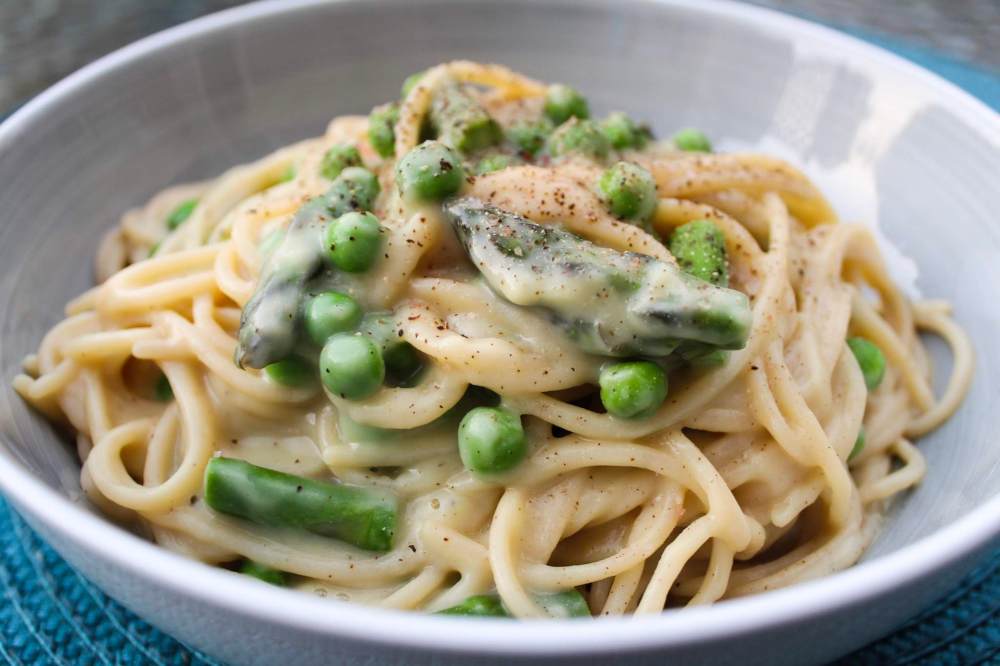